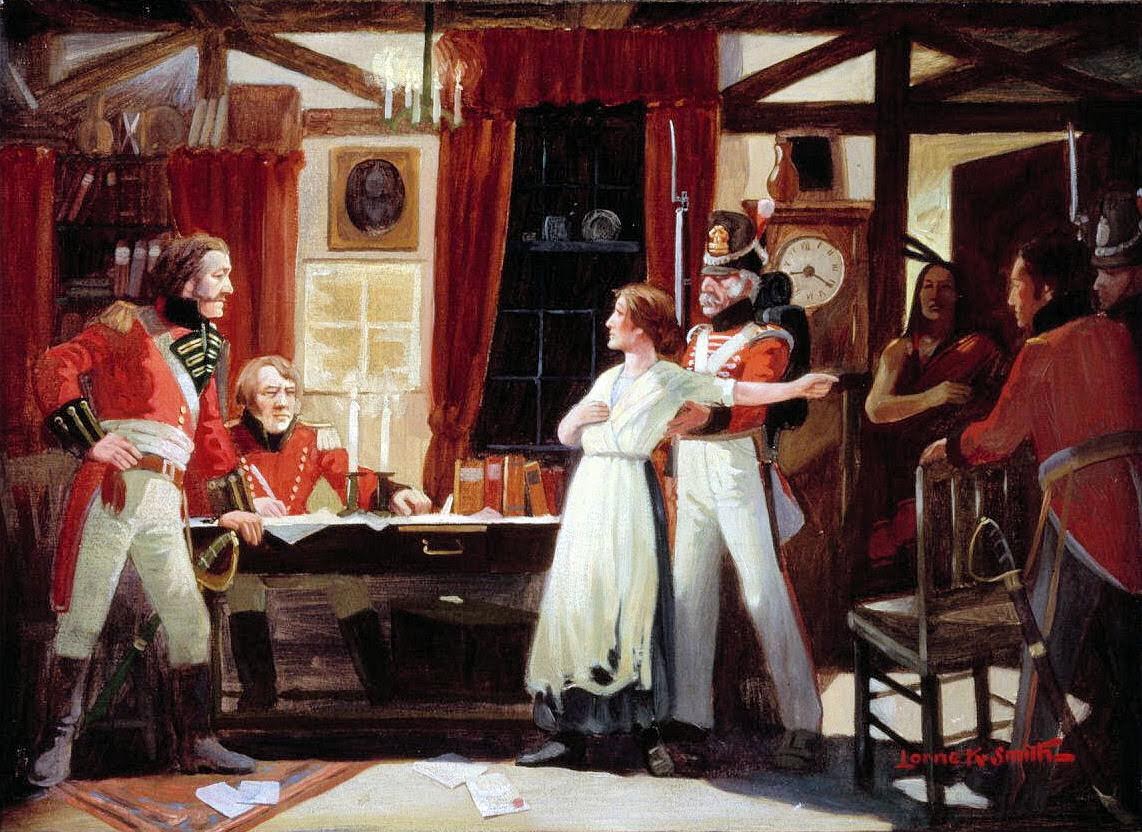 I’ve started researching a new story – which in the midst of this pandemic is a minor miracle for me. I’ve had no trouble writing journalism and creating news content, but up until recently, my fiction muse had been hiding in the corner, driven there by the anxious news all around me.

I’m happy to say that I’m back to writing a bit of fiction, this time a story about Canadian hero Laura Secord. Not sure what this will become, but as usual, I’m tracking my progress and research here!

Based on some research I’m keeping in mind, here are some main characters:

And here are some major timeline things to keep in mind:

3 thoughts on “The Laura Secord Chronicles”