I know people have been having trouble getting their copies of Pickles vs the Zombies, but take heart! You can get a signed copy on THURSDAY OCT 3 in TORONTO!

I’ll be at ANOTHER STORY BOOKSHOP at 315 Roncesvalles Ave starting at 7PM.

BOOKS! SIGNING! PICKLE JUICE! BE THERE! 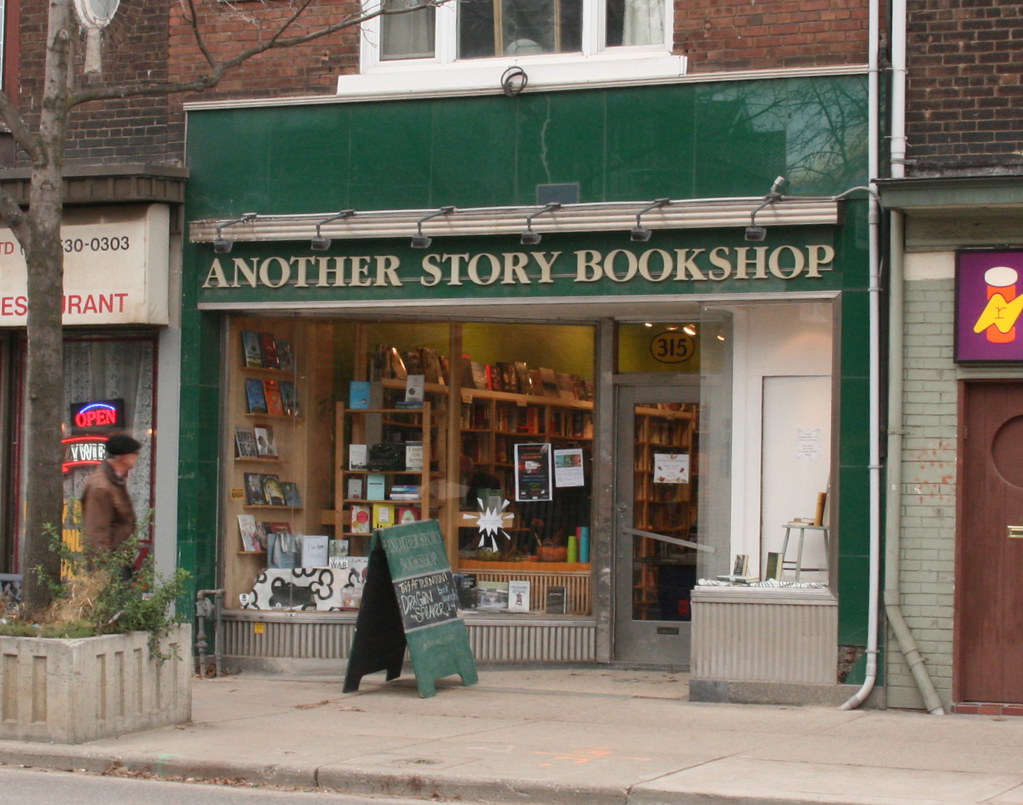 Hey peeps, do me a favour and ask your local library to get copies of Pickles vs the Zombies into their catalogues!

Most libraries let you request a title online, so it’s super-easy!

You know when you’re writing and you’re trying not to get distracted by details or even character names if you can’t come up with one, so you end up with a scene like this?

Diana sniffs the ground at the base of the tree, “Whoah, that’s weird… I’ve never smelled…”

She doesn’t get the chance to finish that sentence because that’s the moment I notice the eyes all around us and jump in front of her, teeth bared. It’s not wolves. They’re too low to the ground. And they’re not growling. They’re whistling.

Have you ever seen a human wig? Terrifying things. Bodiless beings of hair and net that seem to levitate on the mammal who wears them. Imagine a long-haired blonde wig stepping out of the shadow of the forest. But this wig has red eyes. And his equally hairy friends are carrying what looks like the lids of catfood tins, decorated with symbols I don’t recognize.

He casts his weird red eyes over us, from the dirtiest corgi you’ve ever seen, to a small hissing rabbit pointing a stick at them with visceral malice, and me, the obvious threat of the team.

“I am AWESOME WARRIOR NAME” the long-haired wig says, his voice eerily reminding me of Pallas, that deep baritone coming out of a body that really didn’t seem to be able to contain it, “you have trespassed into our territory, and must leave.”

Now, spoiler alert, I had envisioned these new hairy threats as chinchillas. I like the word, I like the idea of a squadron of chinchillas for Emmy to deal with. But until this week when I read the scene over again and started to do some research, I didn’t know that the mammal in my head didn’t match the mammal in real life.

Chinchillas are not known to be hairy animals that look like wigs. It turns out, I was thinking of Peruvian long-haired guinea pigs.

A squadron of guinea pigs just doesn’t have the same ring as a squadron of chinchillas. I mean, I think most normal humans think NEITHER of those sound especially terrifying but I really love the visual image of this squadron of wigs running into battle.

Should I just get over the coolness of the word ‘chinchilla’ and go with the guinea pigs?

Just so you know, publishers LOVE it when pre-sales of books go well. And happy publishers usually leads to happy authors, so if you were thinking Pickles might make an awesome gift OR you just wanted to be the first to get your hot little paws on a copy, this is your chance!

Buy Pickles vs the Zombies at

One of the best things about Fierce Ink Press (my first publishers, who have since gone out of business) was that they introduced me to Emma Dolan, the illustrator who created all the covers for the Portia Adams Adventures.

Well, it would seem destiny (and Emma’s considerable talent) have brought us together again, because DCB has commissioned her to create the book cover for Pickles vs the Zombies!

Conveniently available for pre-order on Indigo or Amazon…